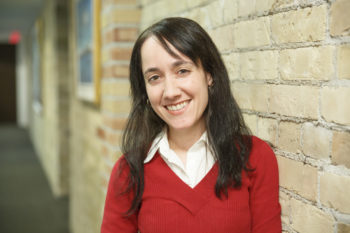 As administrative assistant, Lisa is responsible for the day-to-day operation of the Dean’s office, including the preparation of all service materials, administration for the cathedral team, and the processing of donations. 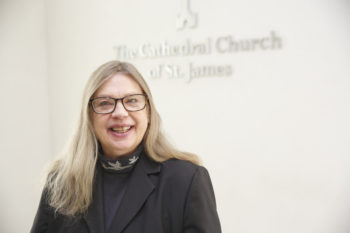 A member of the Cathedral staff for over 11 years, Wendy is the first person parishioners and guests see when they enter the Cathedral Centre. Wendy manages the phone switchboard, answers inquiries from the public, provides administrative support to the staff, and manages the ticket sales for our internal events. 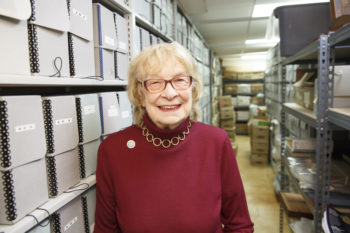 A former elementary school Vice-Principal, Nancy began leading tours of the Cathedral some thirty years ago. She was asked to take responsibility for the Archives and Museum here in March 1998, and it became a full-time occupation almost immediately. Nancy oversees the collection, maintenance, and upkeep of our archives and museum, leads tours of the Cathedral, and organizes frequent events and exhibits. She also serves as a wellspring of knowledge of the history of the Cathedral. 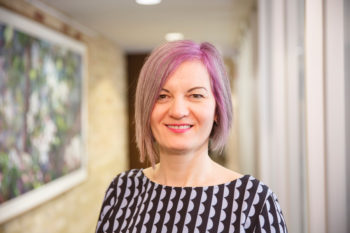 Lucia has been at the Cathedral since 2012, having previously worked in the insurance industry.  As the Event Operations Manager, Lucia manages the External Events team, setting out policies and procedures, in addition to managing internal and external events. 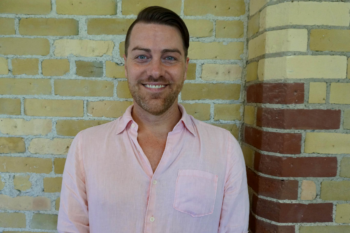 Nathan brings over a decade of event coordination to the Cathedral Centre events team. As a Site Events coordinator, he is in charge of the logistical planning and operations of all internal events, working with clients, and external vendors. 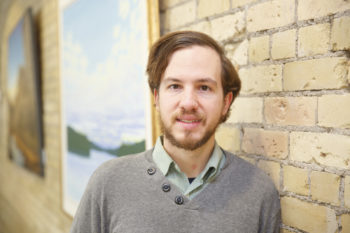 A Masters Student in Theology at Wycliffe College since 2012, Andrew joined St. James Cathedral in September 2017. He previously worked in a variety of roles – including serving, lay anointing, lay preaching, and leading small groups – at St. George the Martyr, Anglican Church.

His vision for the ministry is to empower children and youth to develop and grow a foundation of faith, within which they are able to ask questions and explore their own faith in a safe and supportive environment. 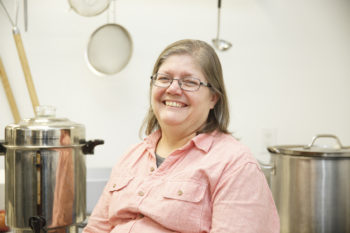 Kathy holds a BA in psychology and has an extensive background in the social service/non-profit field; including shelters, second-stage housing, outreach, and other drop-ins. Kathy joined the Cathedral team in May 2017. 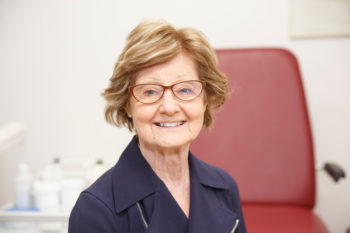 Gloria has been involved with the Cathedral for decades, joining in 1980 as a member of the Parish. In 1998, she became St. James’ first Parish Nurse – when the concept of parish nursing was just emerging in Ontario. Gloria identified foot care as a major health care need of many Drop-In guests – a need not answered elsewhere. With the Cathedral’s support, and individual donations, the foot care clinic was born. Gloria manages the clinic, and sits on the Health Council and Lay Pastoral Visitor teams. 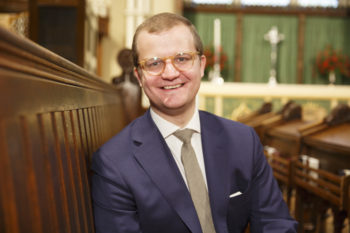 Robert holds music degrees from the University of London, Royal Academy of Music, and the University of Cambridge, where he was a choral scholar at King’s College. Although equally comfortable conducting for the theatre and concert platforms, his background lies in Cathedral music, frequently singing on radio, disc, and international television. In 2014, Robert moved to Canada, joining the Cathedral team, and forming the professional vocal ensemble, Opus 8. 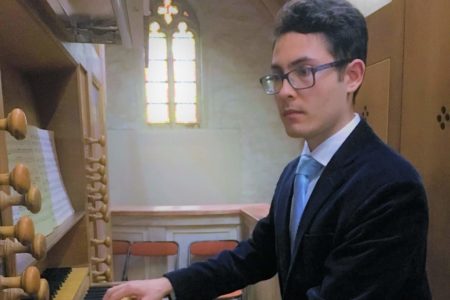 As the Cathedral’s organist, David plays for services, accompanies the Cathedral and Parish Choirs, mentors the Organ Scholar, and manages the twice-weekly recital series. He first studied music as a chorister at St. Michael’s Cathedral-Basilica; by the age of twelve, he was selected to be the organist for the televised Mass, recorded and broadcast nationally. David continues to serve at the Basilica part-time in addition to his duties at St. James. Concurrent to his church work, David maintains an active performance schedule. He has played recitals and accompanied choir tours across North America, Europe, the UK, and Russia. An advocate for new music, David has given premieres with the Toronto and New Haven Symphony Orchestras.

David’s achievement in organ performance and improvisation have been recognized in competition and examination. He won first prize in the 2019 Royal Canadian College of Organists national competition, and won first prize and audience prize in the 2018 University of Michigan international organ improvisation competition. David is an Associate of the Royal Conservatory (ARCT) and is a Fellow of the Royal Canadian College of Organists (FRCCO), receiving the Healey Willan Prize for top national achievement on the Fellowship examination. David is completing the Doctor of Musical Arts degree at Yale University, having studied with Thomas Murray and Jeff Brillhart. 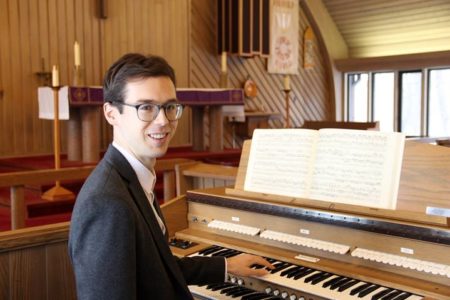 Through the music department at music@stjamescathedral.ca

Patrick is currently studying towards his Master of Music at the University of Toronto in Organ Performance and has held positions at St. Luke’s Mississauga and St. Martin-in-the-Fields, Toronto. He holds a BA in Linguistics and Psychology and has sung with many choirs in the city. 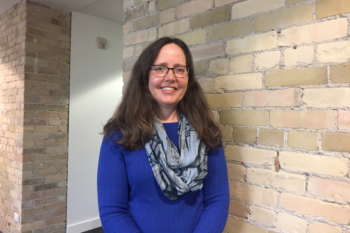 Joyce comes to us with over 30 years of experience as a Chartered Accountant in the charitable sector, having worked at Imagine Canada, the YMCA and most recently with St. Paul’s Bloor Street. She has also earned a Master of Divinity and was admitted to the Order of the Diocese of Toronto in 2018.

Fueled by her studies and experience, Joyce has a heart for urban ministry and for extending the reach of the Gospel to those living in the core of the city. Her primary ministry has been one of resource stewardship. She has worked in the area of governance and operational oversight; including finance, property, administration, communication, human resources, information technology, and stewardship. 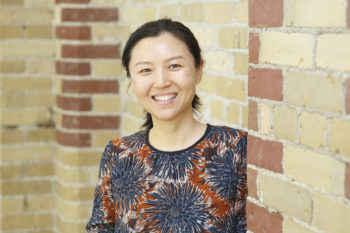 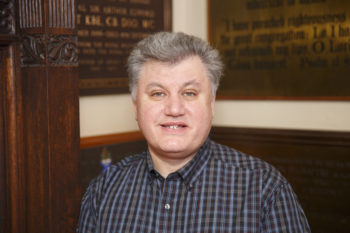 As Property Manager, Jim oversees all operations and maintainance of the Cathedral, the Cathedral Centre, and the Diocesan offices.  He manages the building service workers and the sextons. 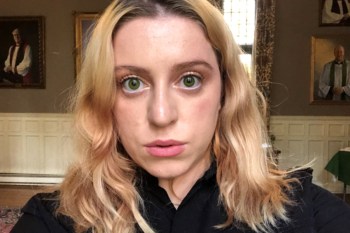 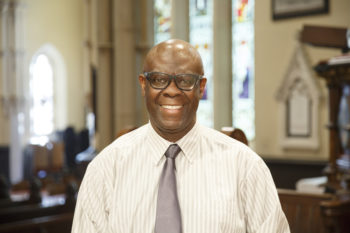 A member of the Cathedral’s full-time staff since 2004, Emile became Senior Sexton in 2013. As Senior Sexton, he has a variety of roles and responsibilities within the Cathedral, including assisting with liturgies, set-up and preparations for services, and managing the audio recording and sound system. He also works with committees such as the Altar Guild, the Flower Guild, and the Server & Sacristans Guild.

To get in touch with Cathedral Lay Leaders, please contact the main office.

Join Us This Sunday

The Third Sunday after the Epiphany

The Cathedral Church of St James